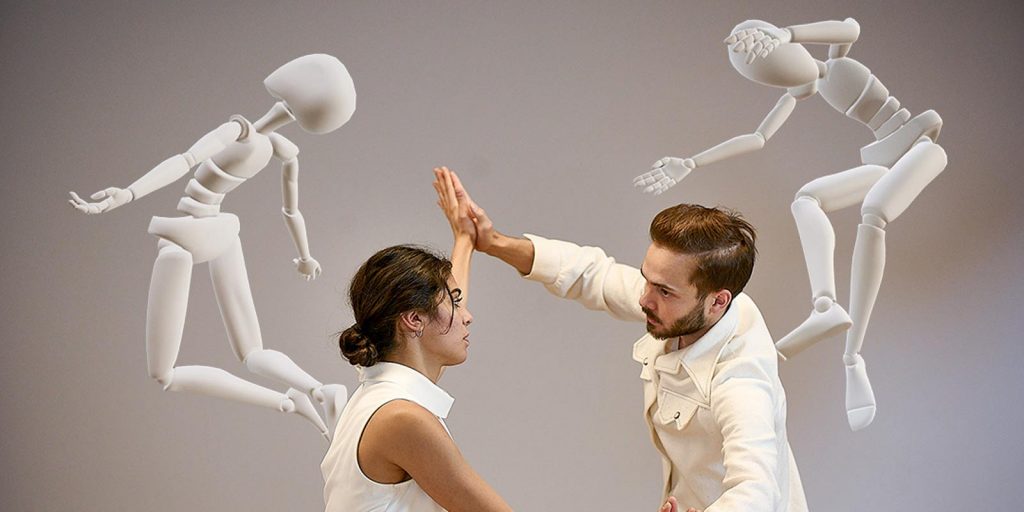 After NICO AND THE NAVIGATORS were able to convince more than 3,000 audience members of the performative possibilities of augmented reality glasses with the production “Verrat der Bilder” (Betrayal of Images) in over 100 performances for the Bauhaus anniversary in 2019, the research will be consistently continued with the new project “Du musst Dein Leben rendern!” (You must render your life!) funded by the German Federal Cultural Foundation.

The DOCKdigital is the perfect partner for this, because for over a year now they have been experimenting with motion capture suits from Rokoko – in other words, data suits that digitally capture the movements of real bodies so that the data can be processed for further use. In order to bring these two technologies together in an uncomplicated and flexible way, a new type of AR loop machine is being developed, with the help of which dancers can, for example, develop a pas de deux with a 3D image previously generated from themselves. The spectators see the dancers in real space and, with the help of the AR glasses, their animation, which seems to unite with their original in the dance.

The AR Loopmachine will continue to be available and its content will be further developed within the framework of educational and mediation formats in digital laboratories.

The project “You must render your life!” choreographed by Yui Kawaguchi for two dancers, Florian Graul and Lujain Mustafa, and their virtual clones is the basis for development and the reference project for the AR-Loopmachine by Oliver Proske and Moritz Kiefer.

The movement sequences of the two dancers, recorded by means of motion capture suits, are transferred to AR glasses. Comparable to a loop station for live musicians, the AR-Loopmachine enables the performers to enter into a dialogue with their own moves and to dance a duet with themselves. This apparent interaction between real body and artificially created image is accompanied by the sound surfaces of trumpeter Paul Hübner. The relation between analogue reality and virtual extension shifts with the audience’s selectable point of view, which can move freely in the space: real and virtual bodies multiply, change their size – the game begins.

Yui Kawaguchi, who has been the protagonist of NICO AND THE NAVIGATORS for years, draws inspiration from the ancient Pygmalion myth, among others, which deals with the fateful relationship of a sculptor to his lifelike statue – in love with his own work of art, which he prefers to life or brings into life – a motif echoed in art to this day.

How strongly can an emotional bond with or even dependence on the virtual counterpart be developed? Can man encounter his perfect self in artificial spaces? Must you render your life?

This navigational project takes place at the interface of visual and performing arts. 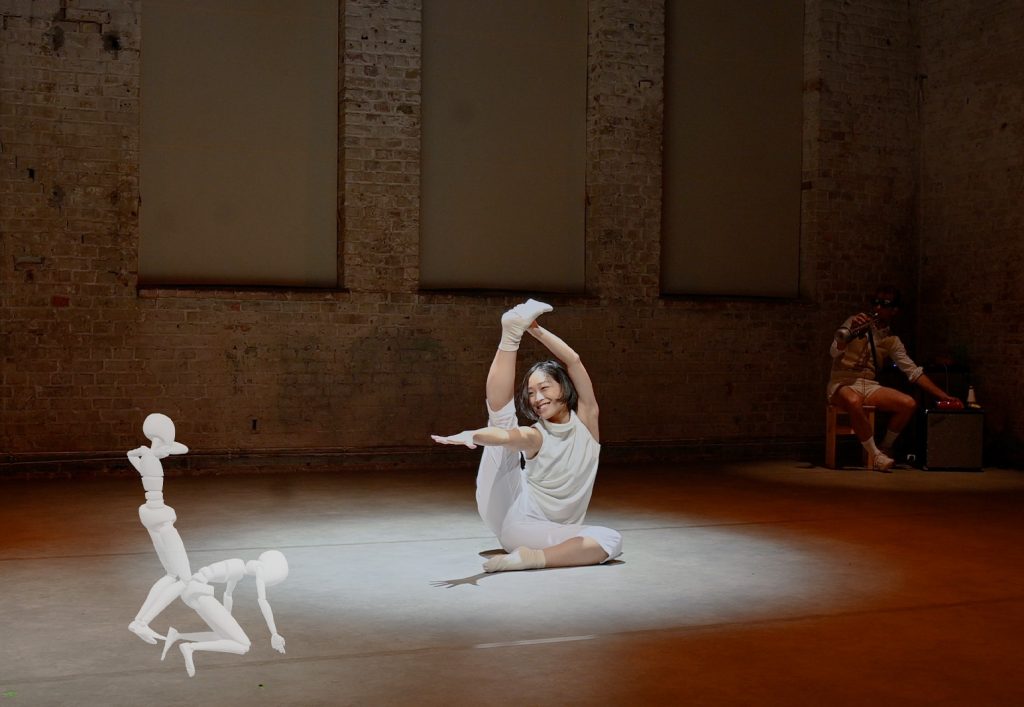 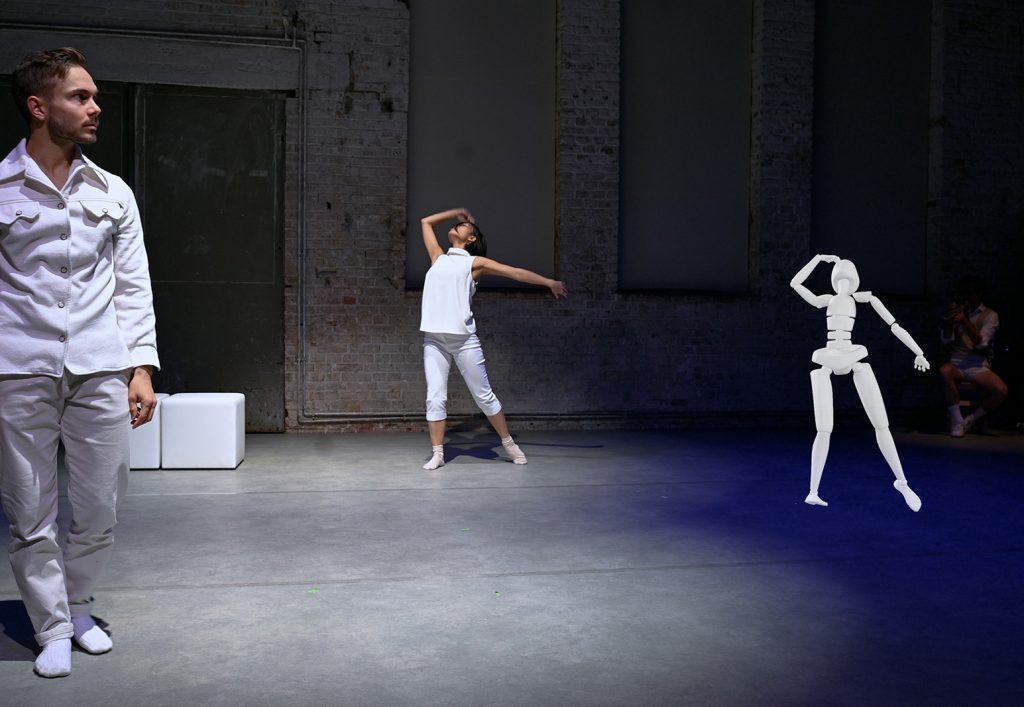 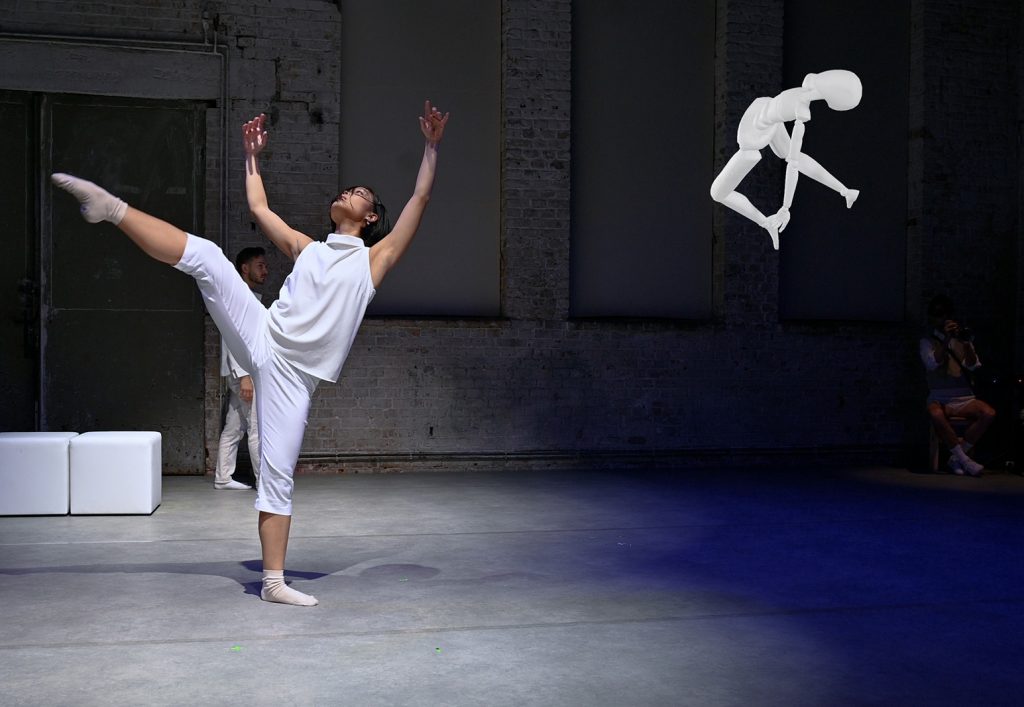 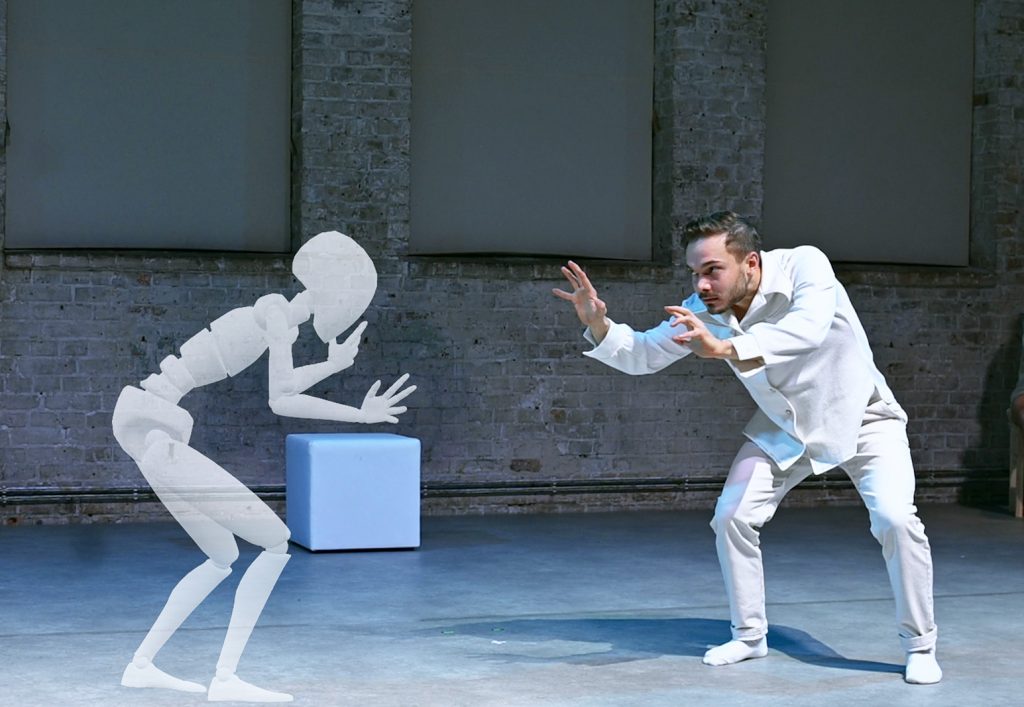 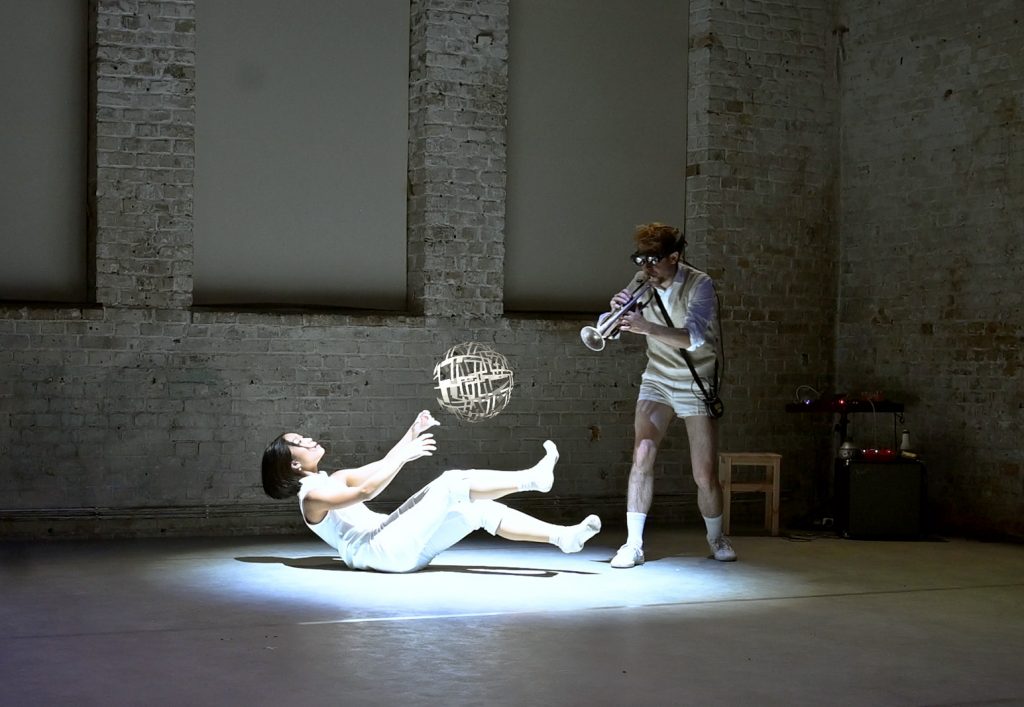 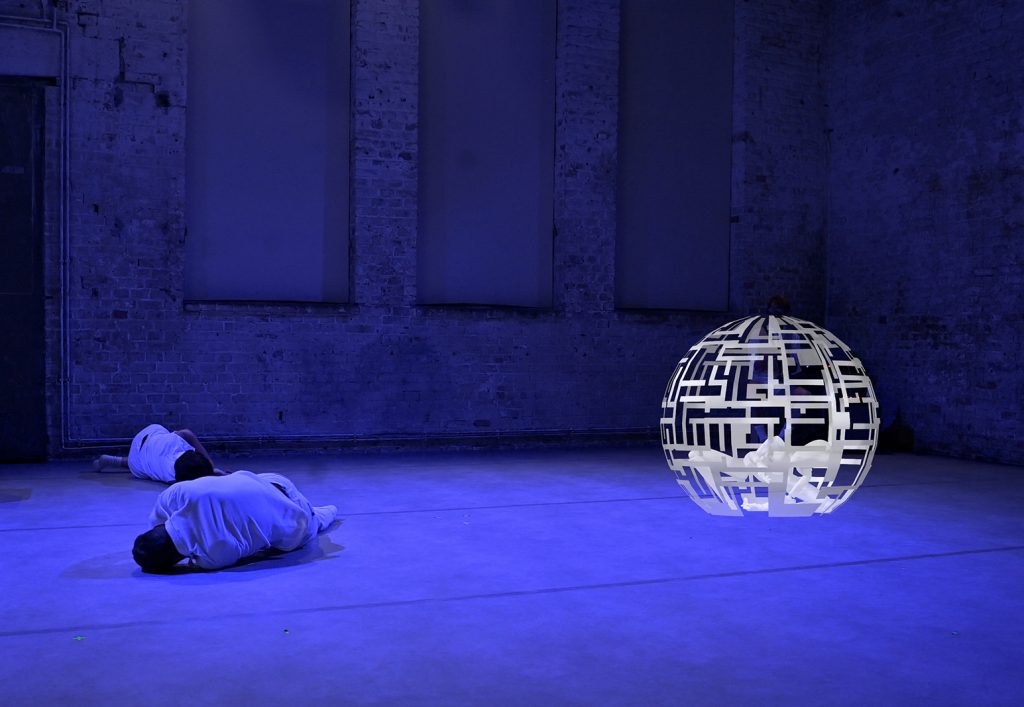 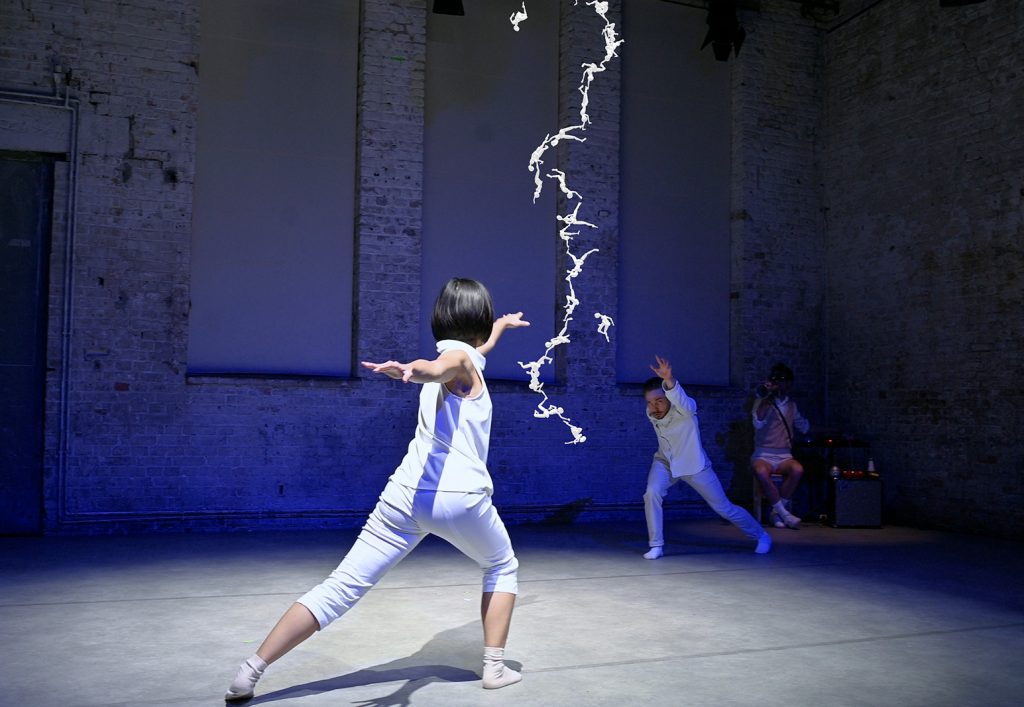 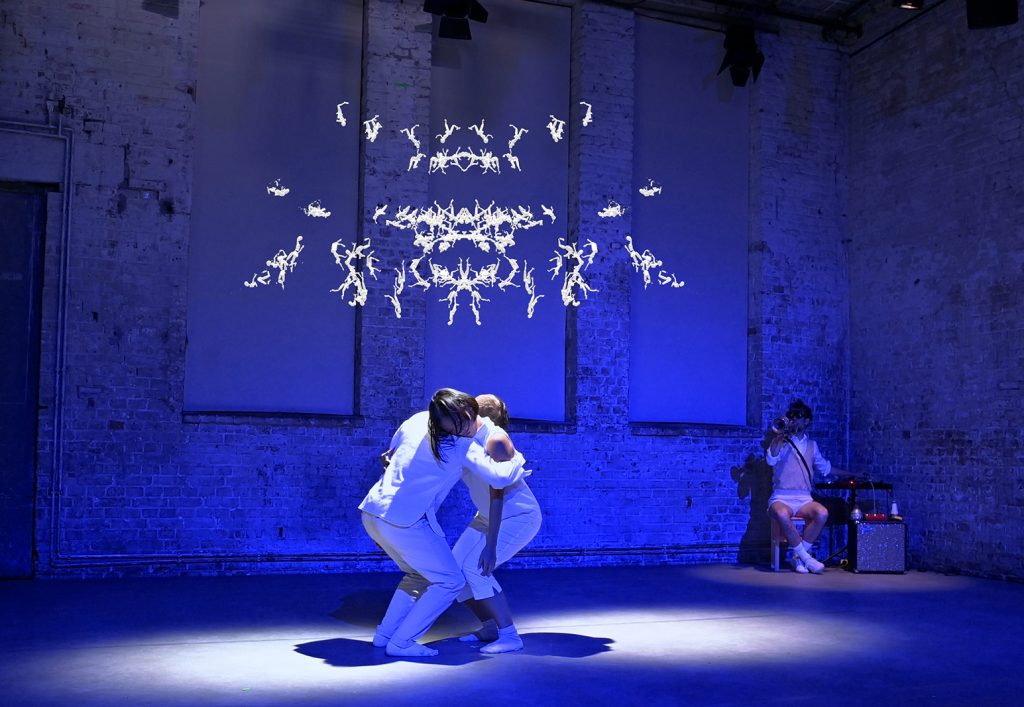 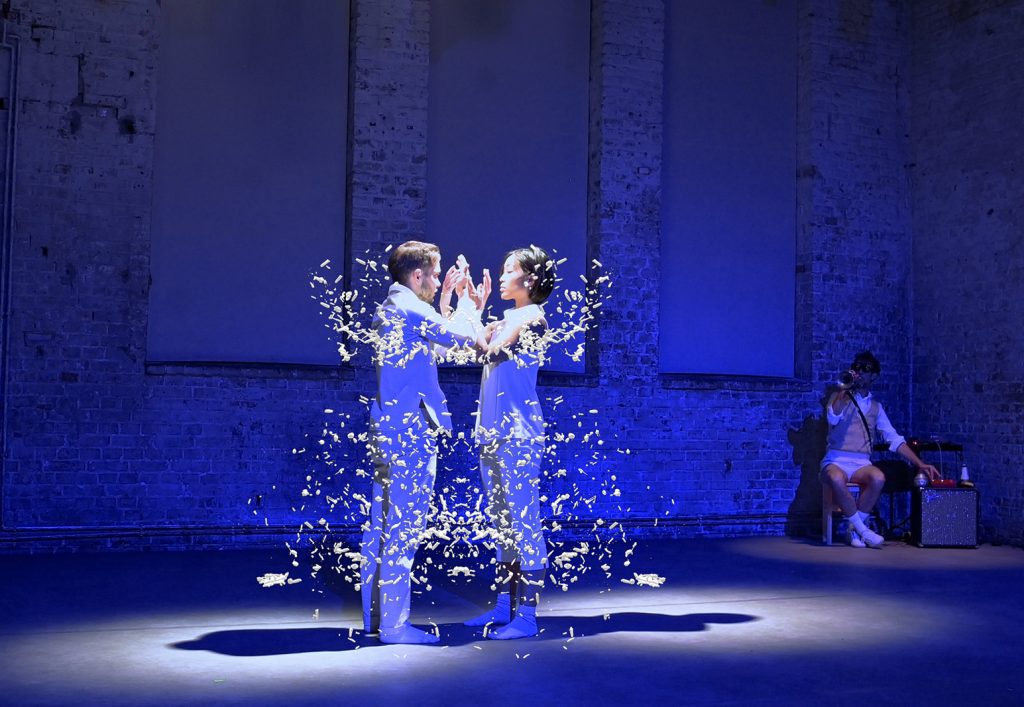 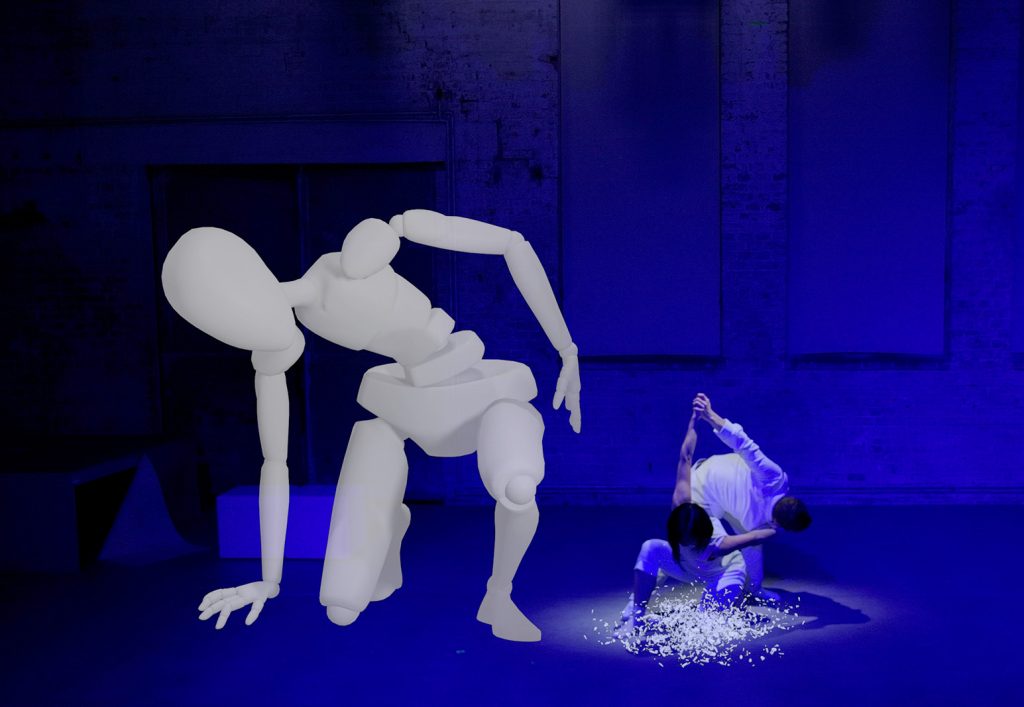 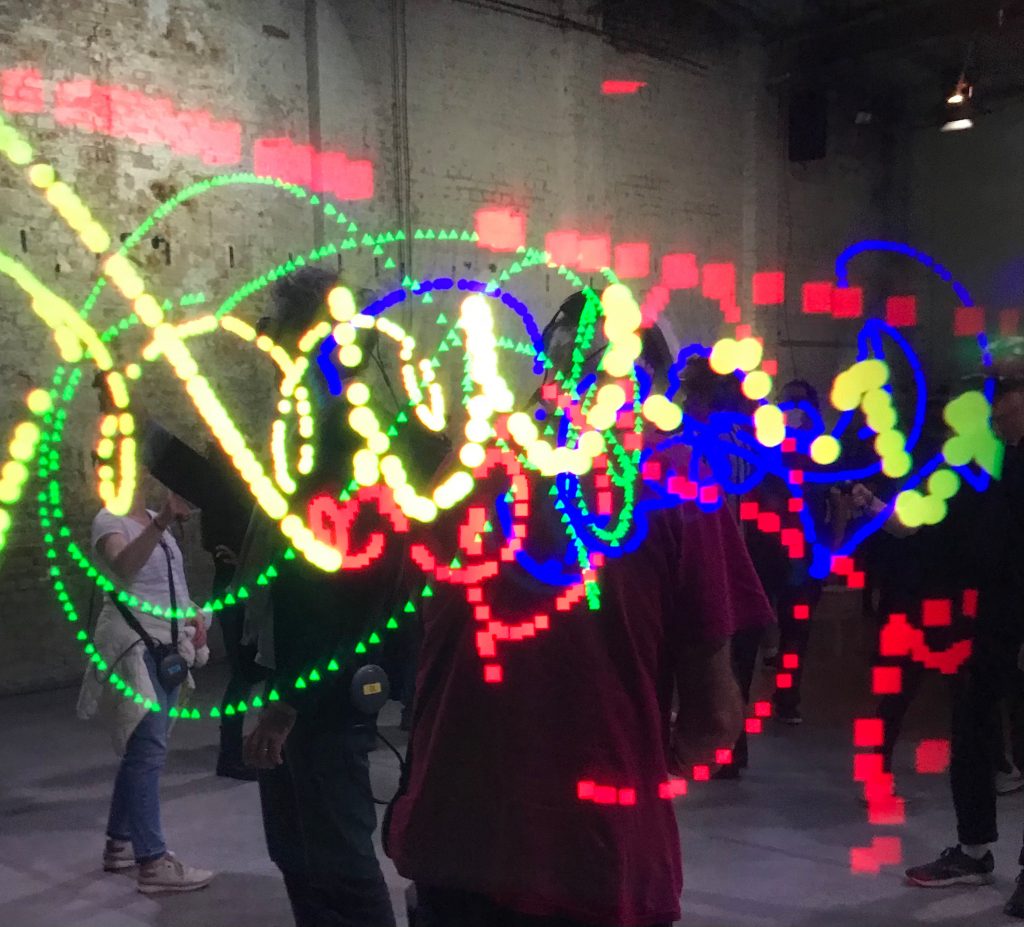 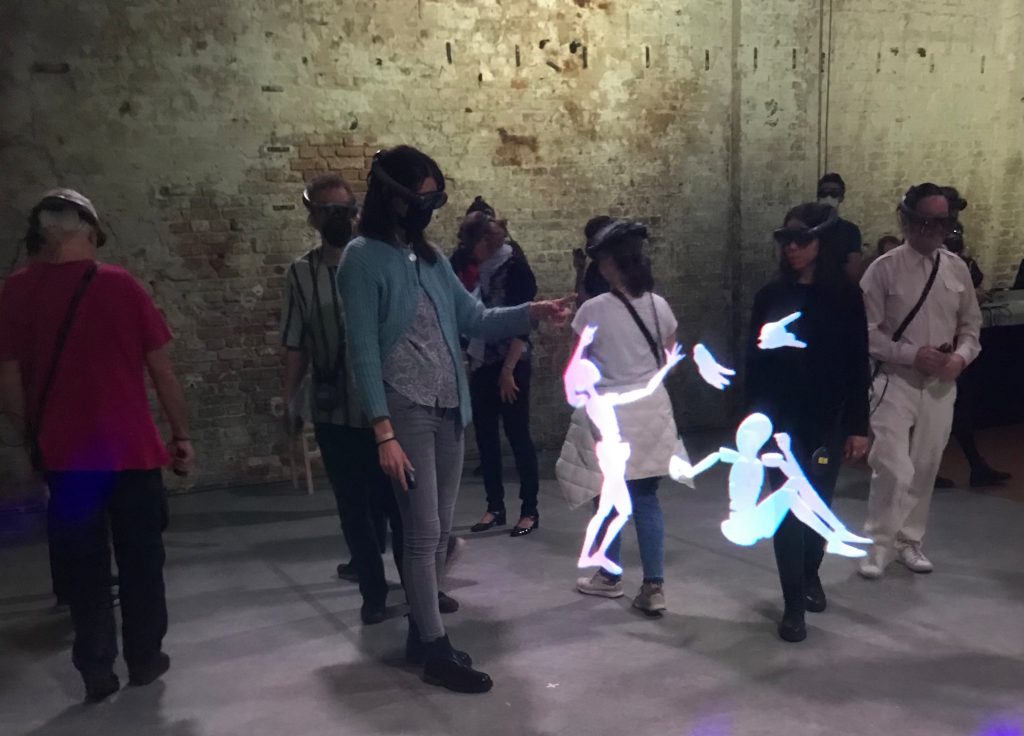 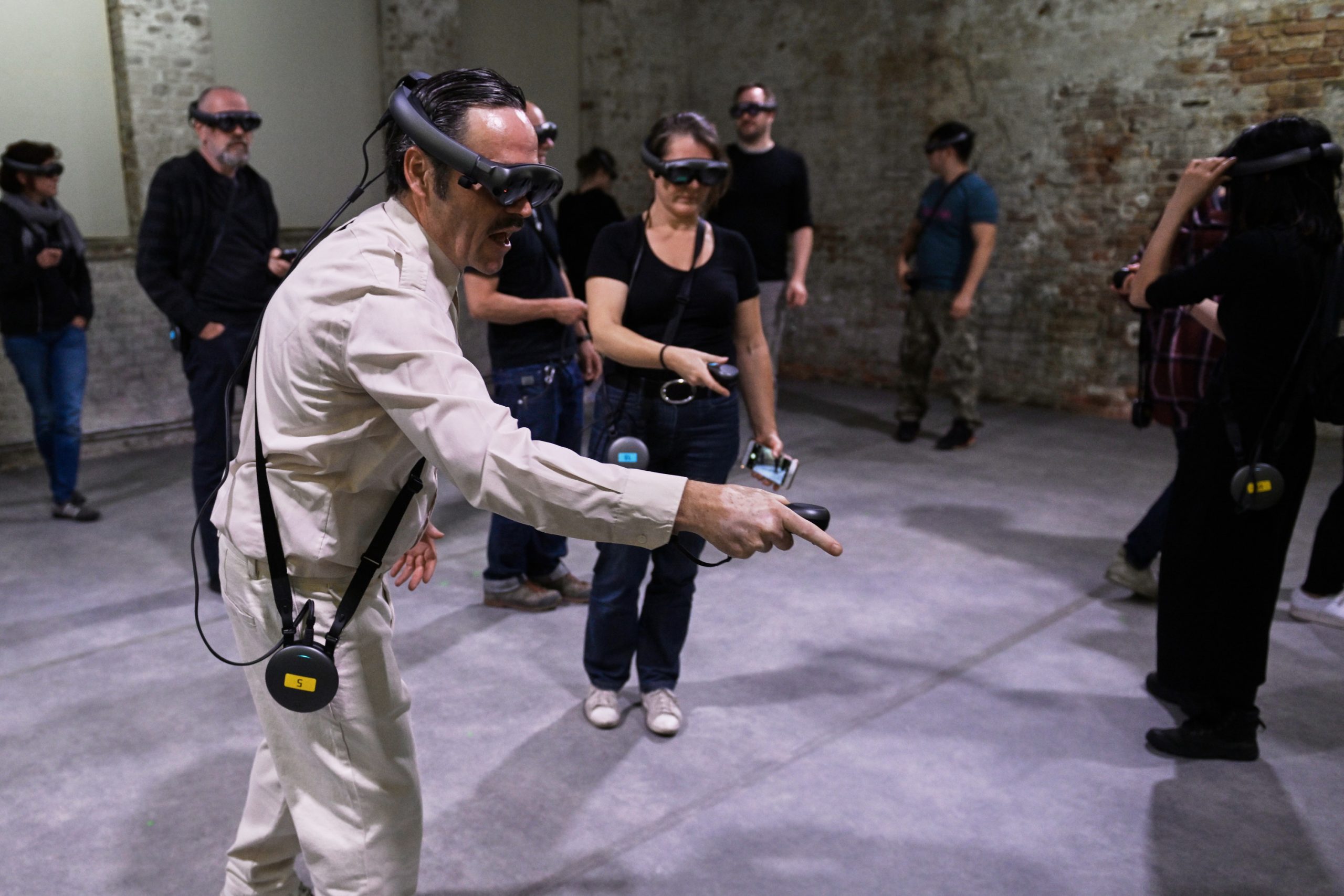 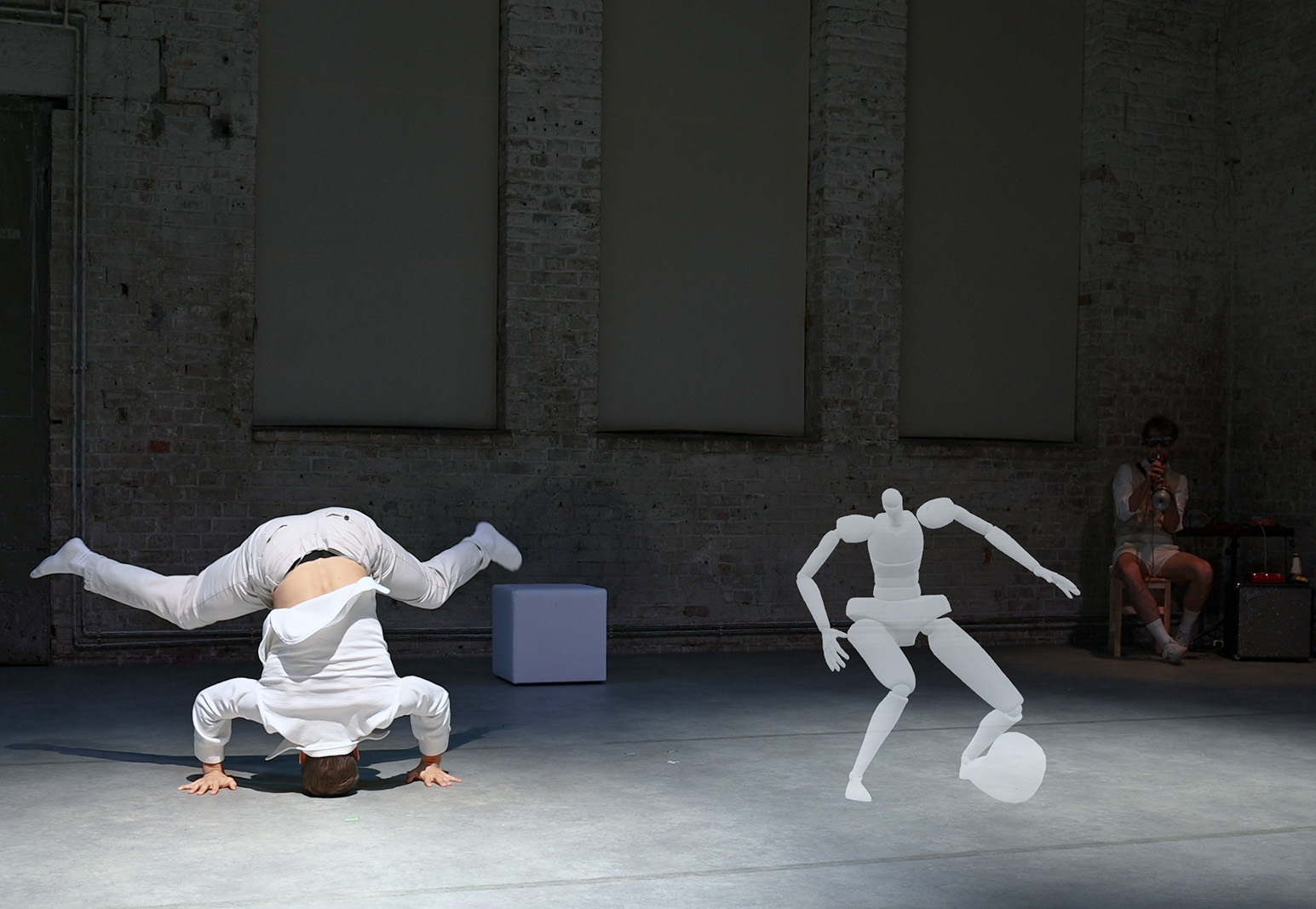 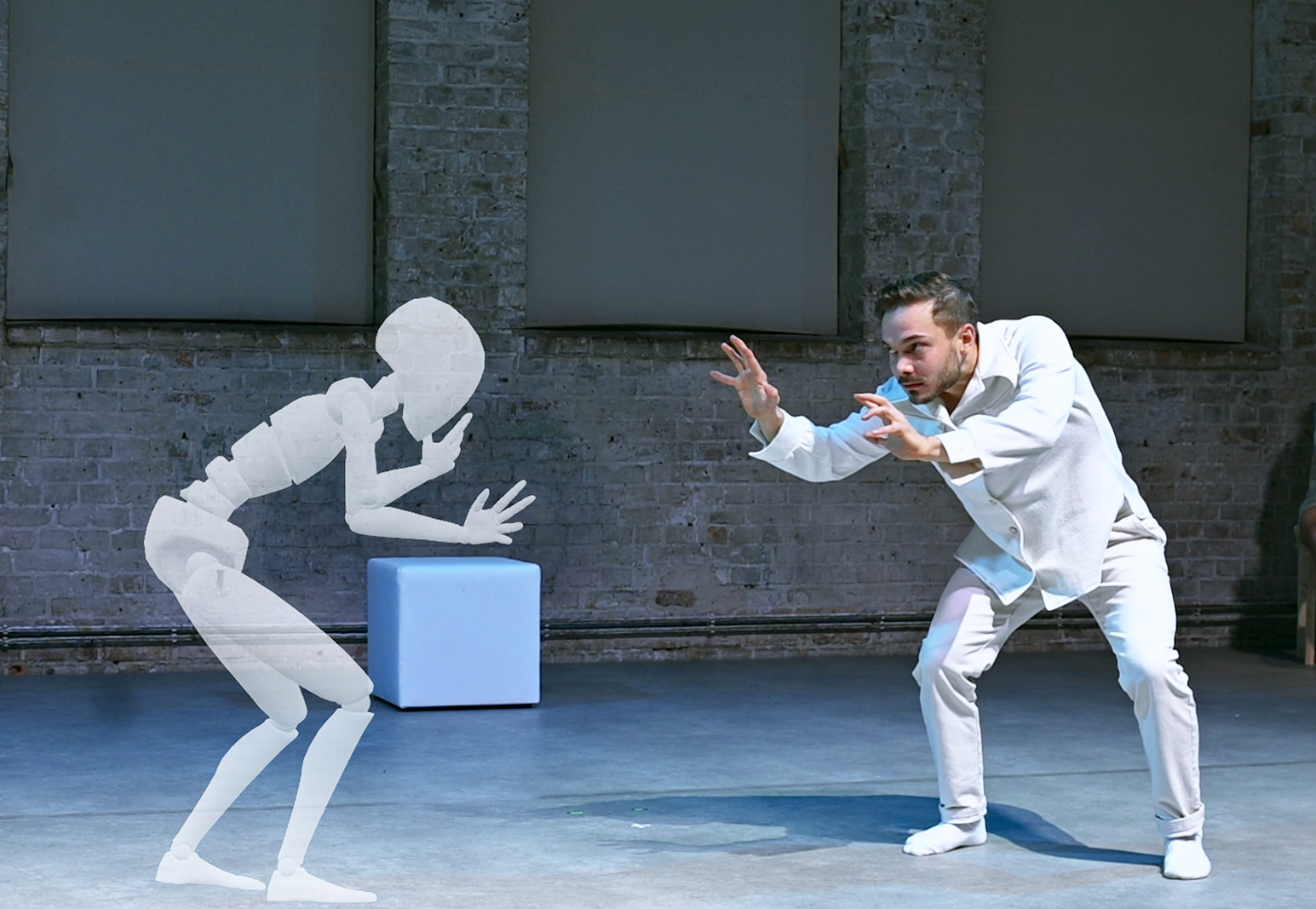 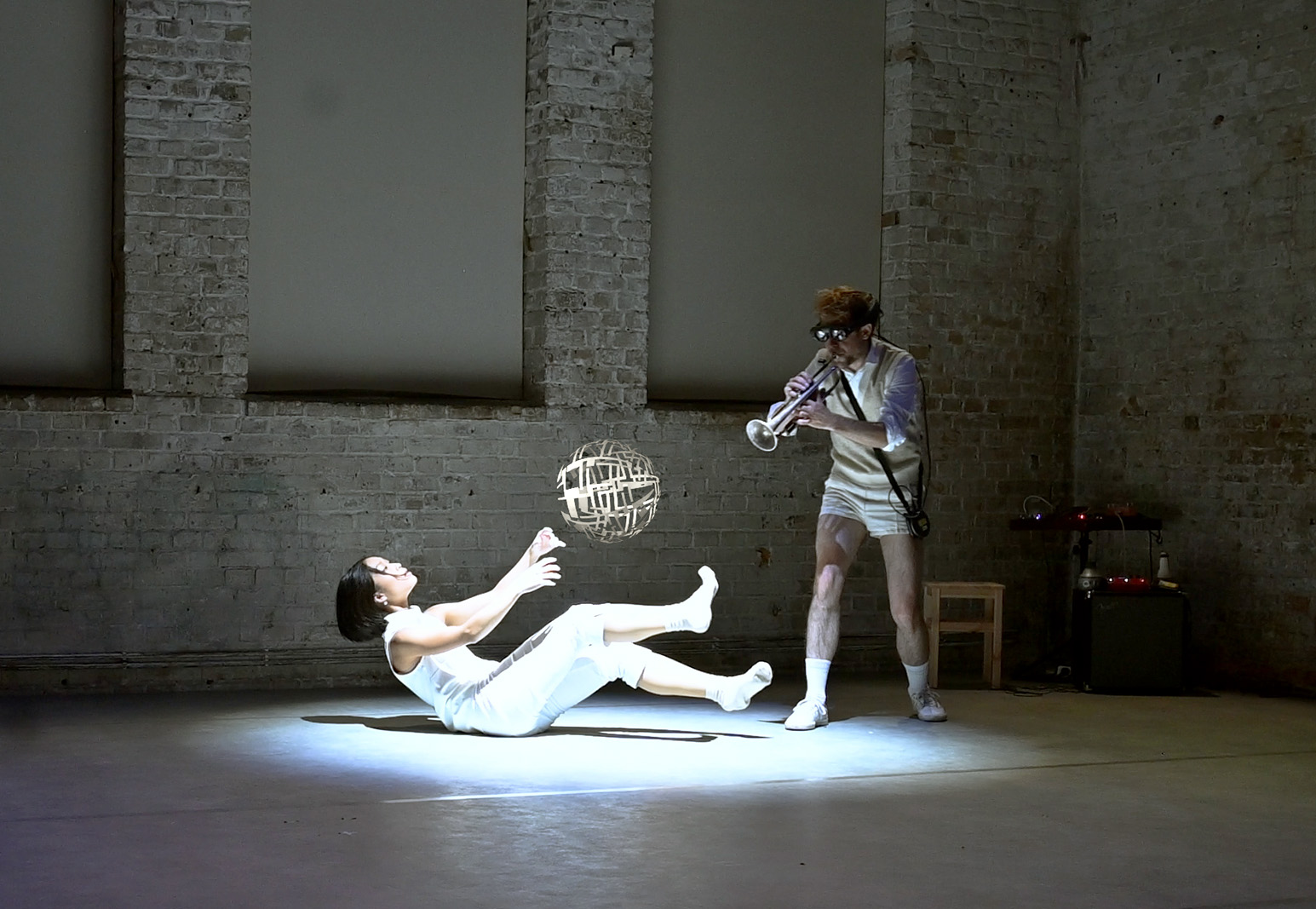 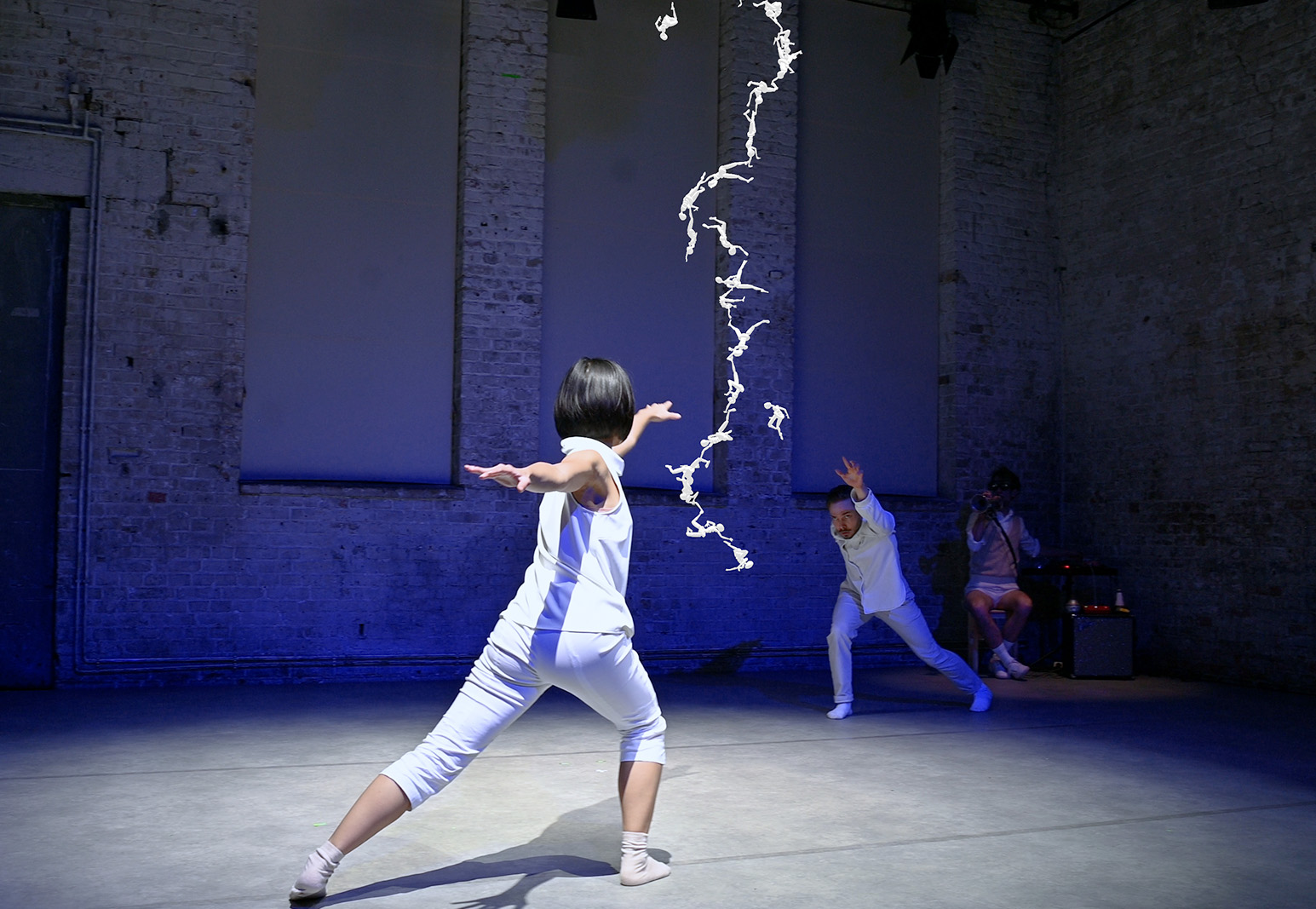 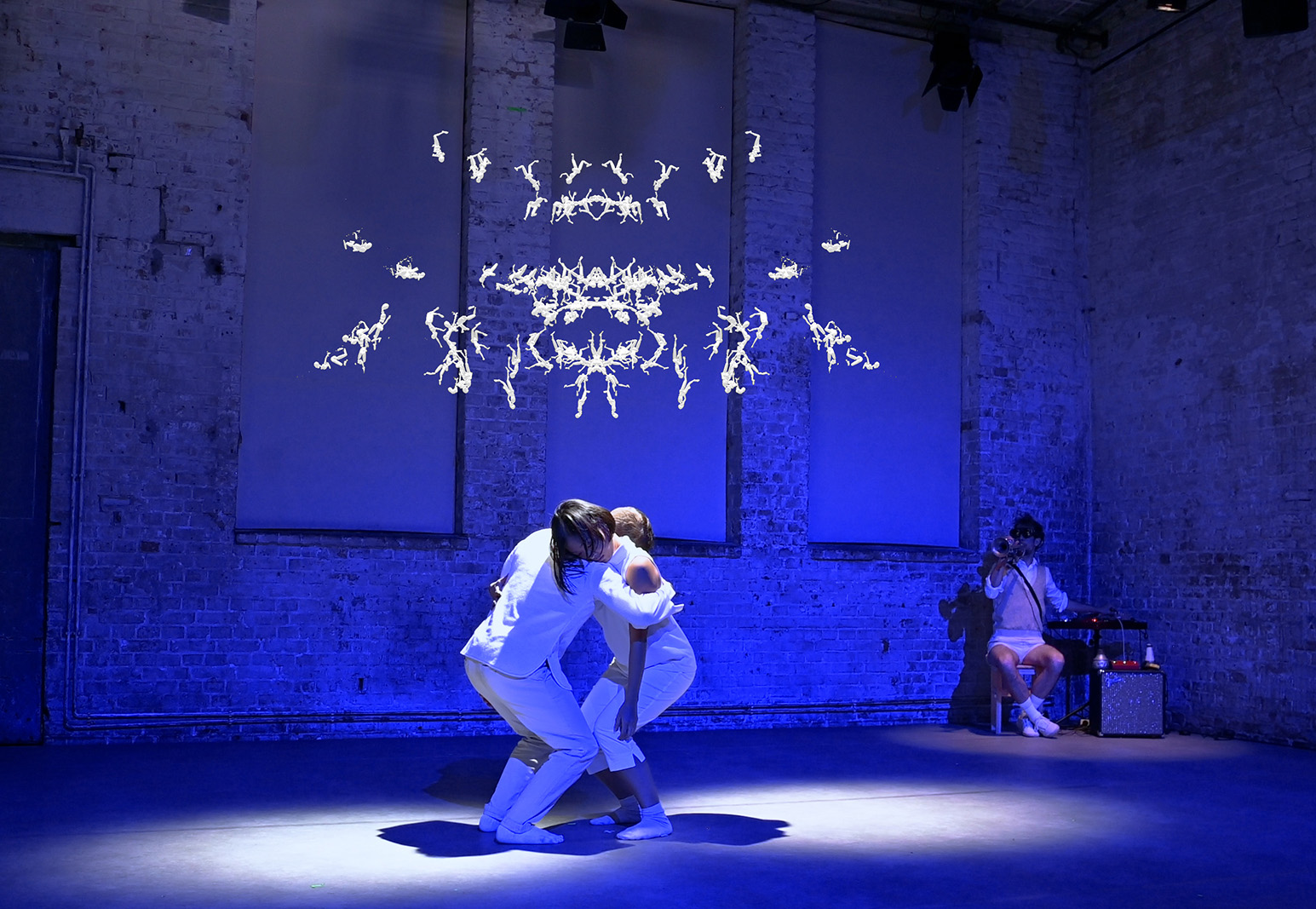 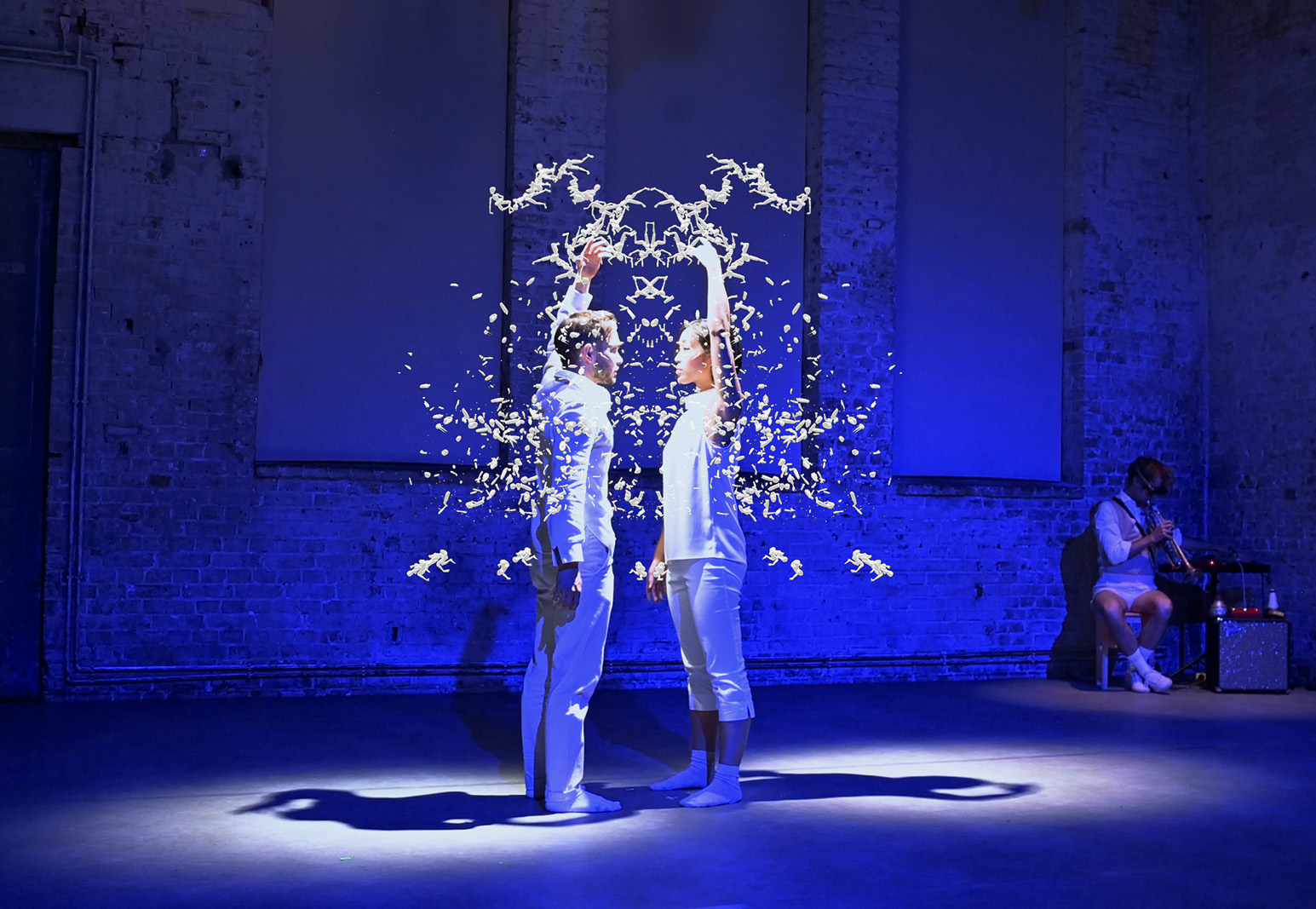 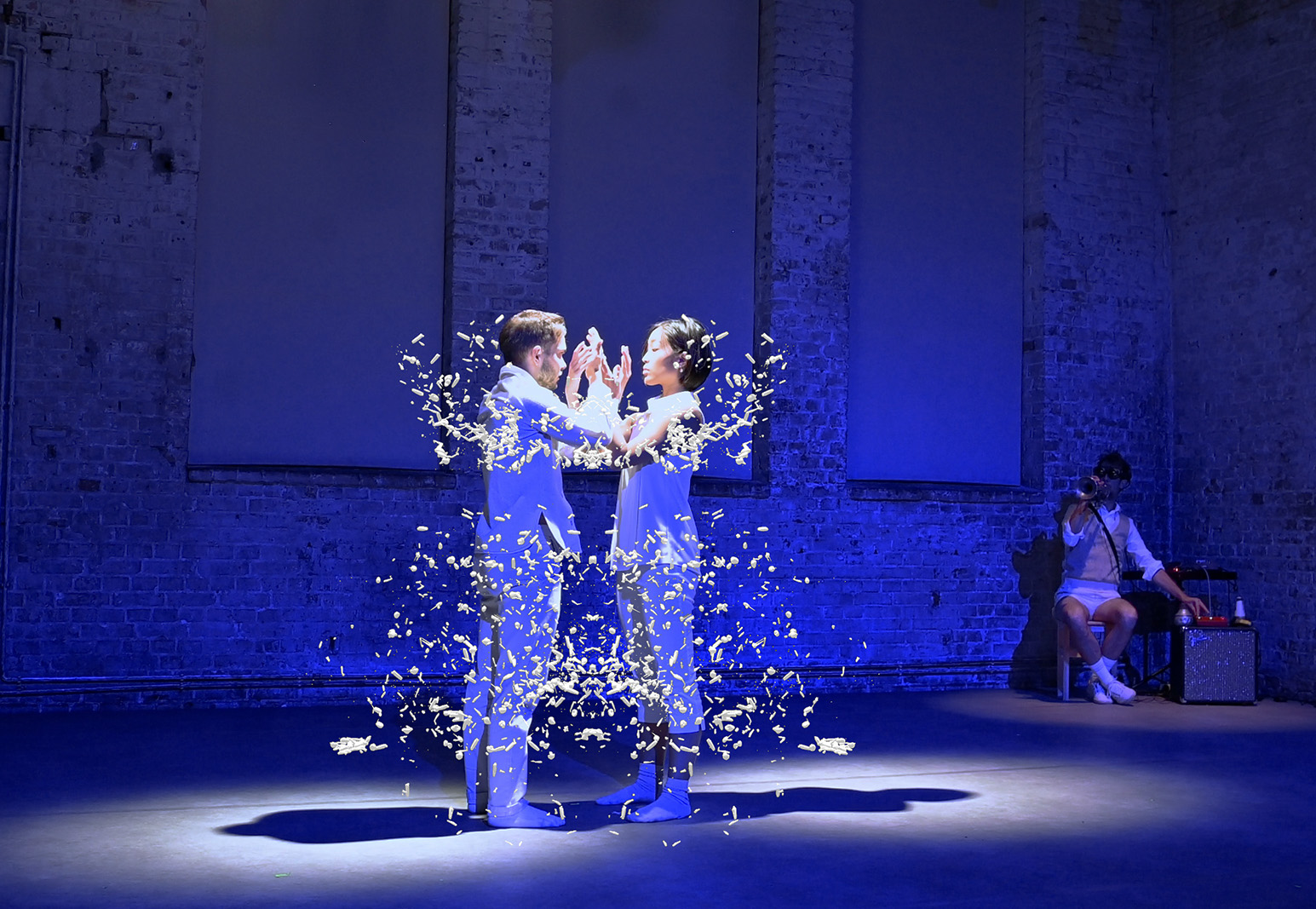 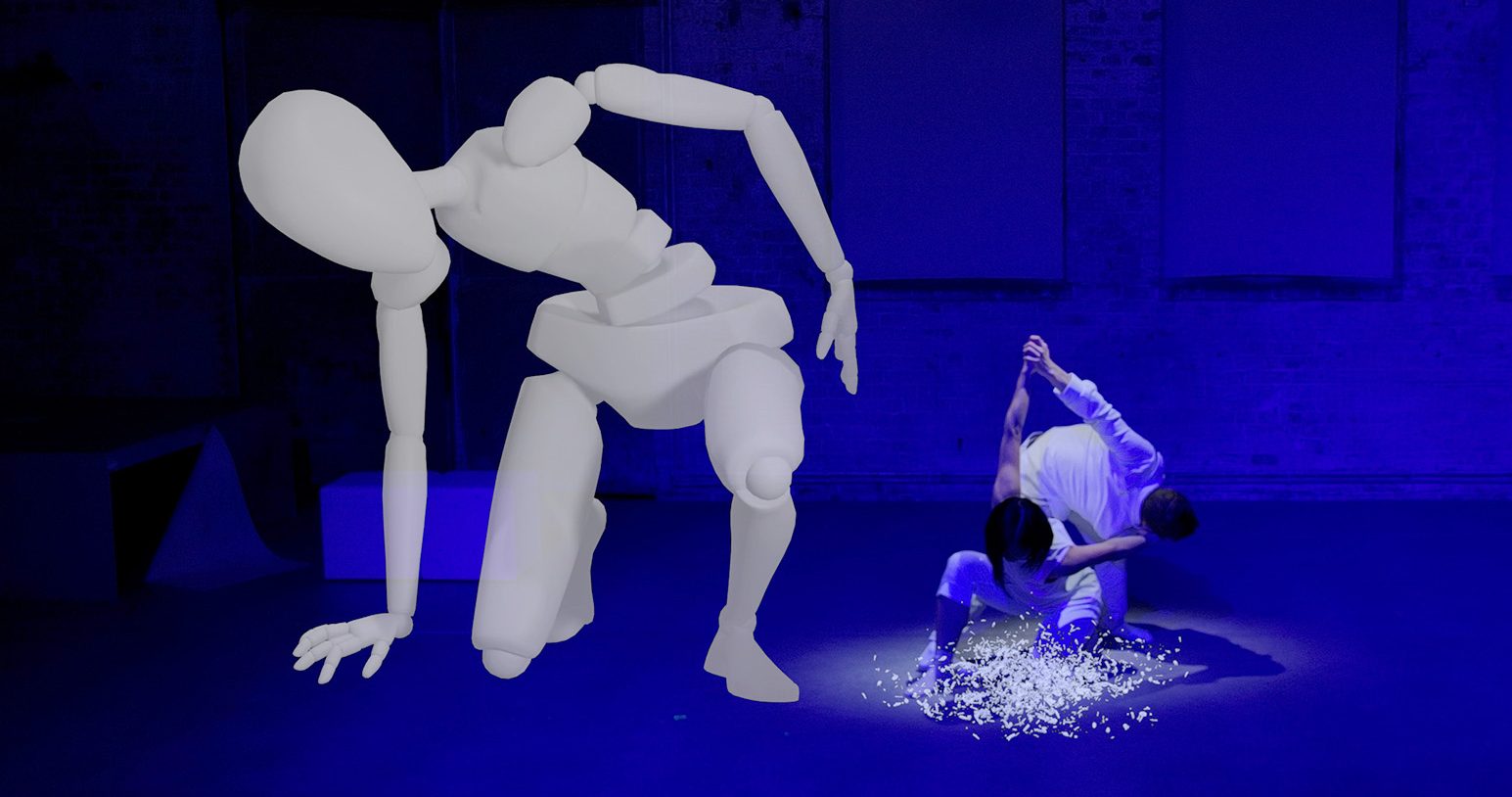 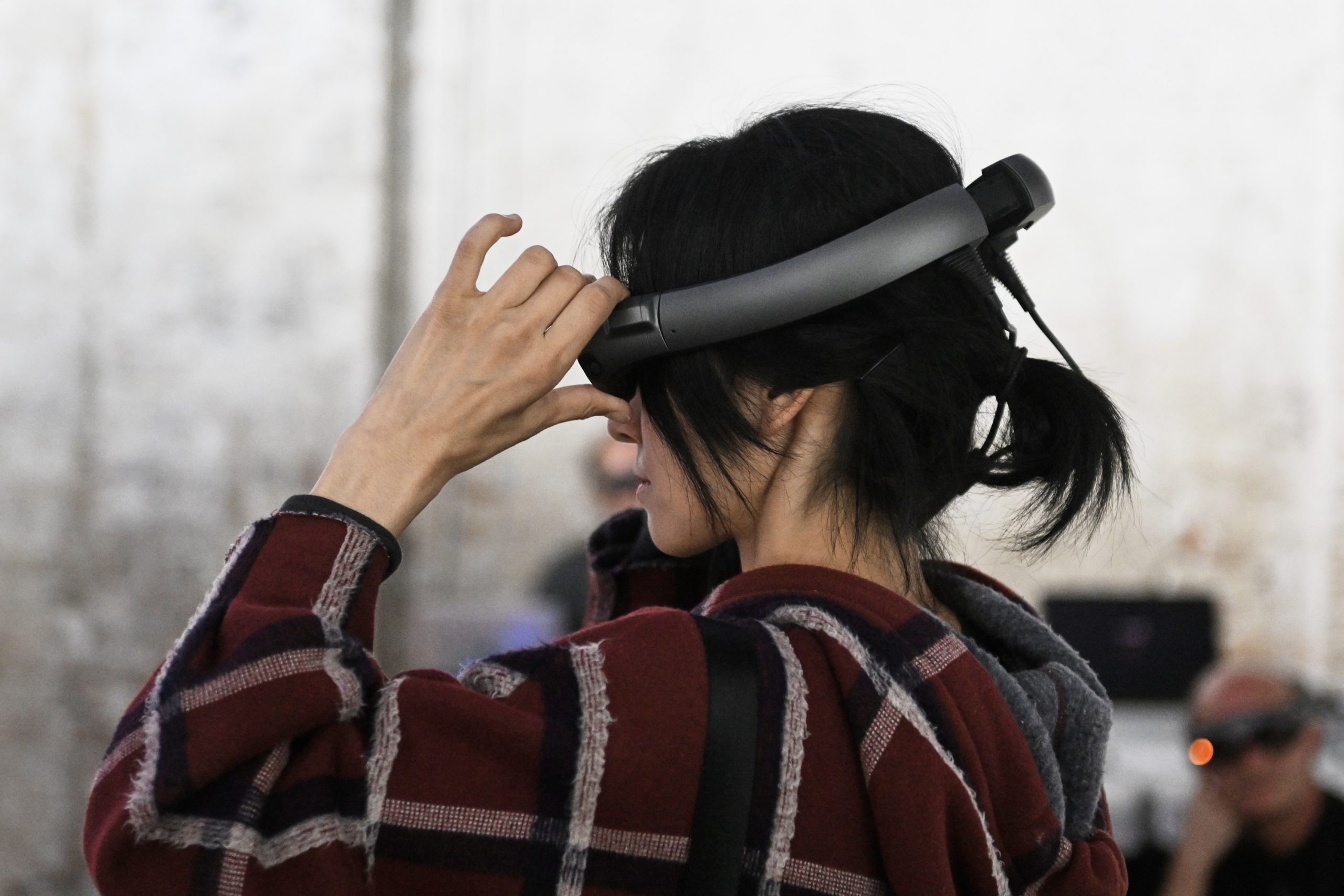 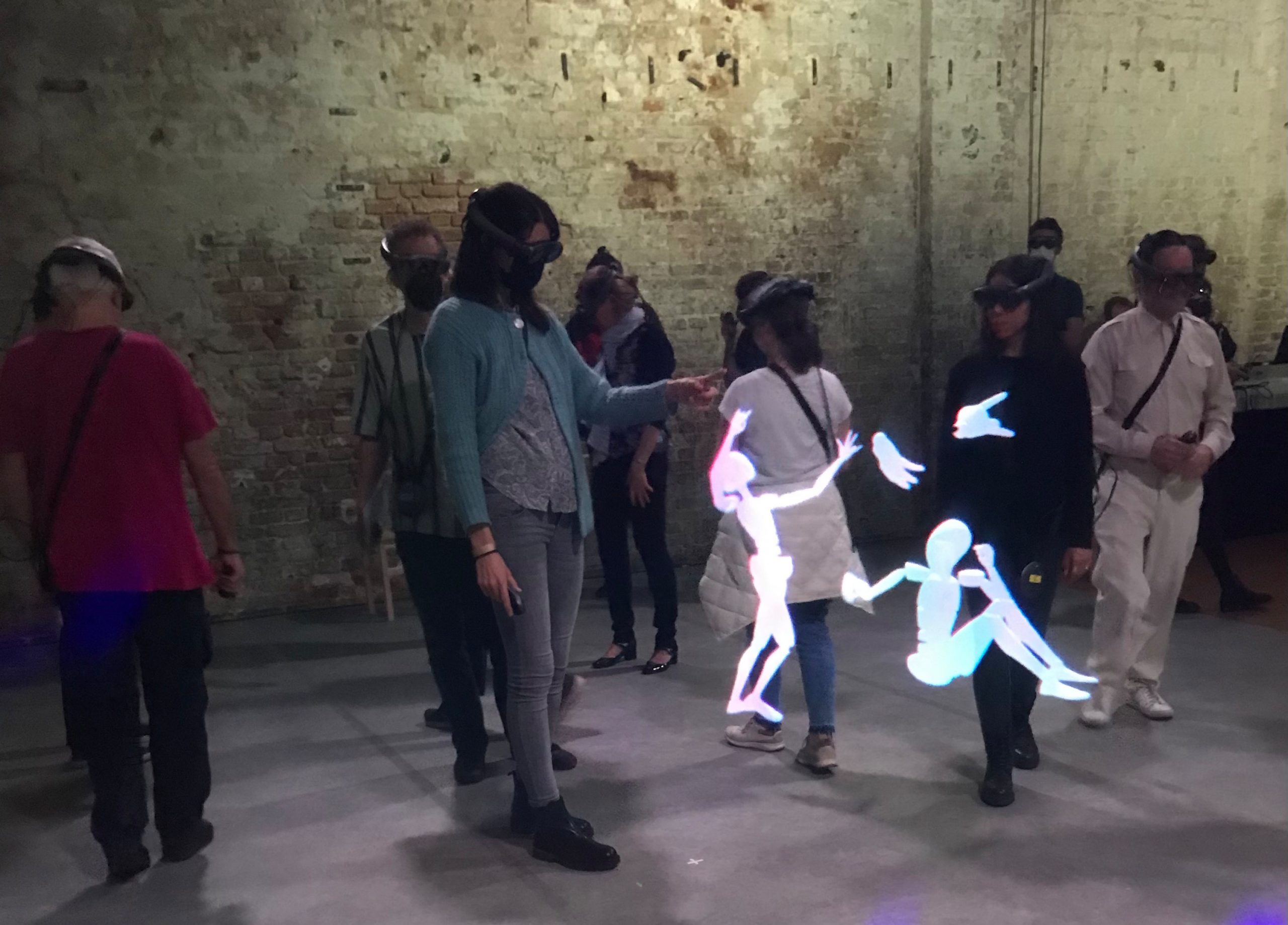 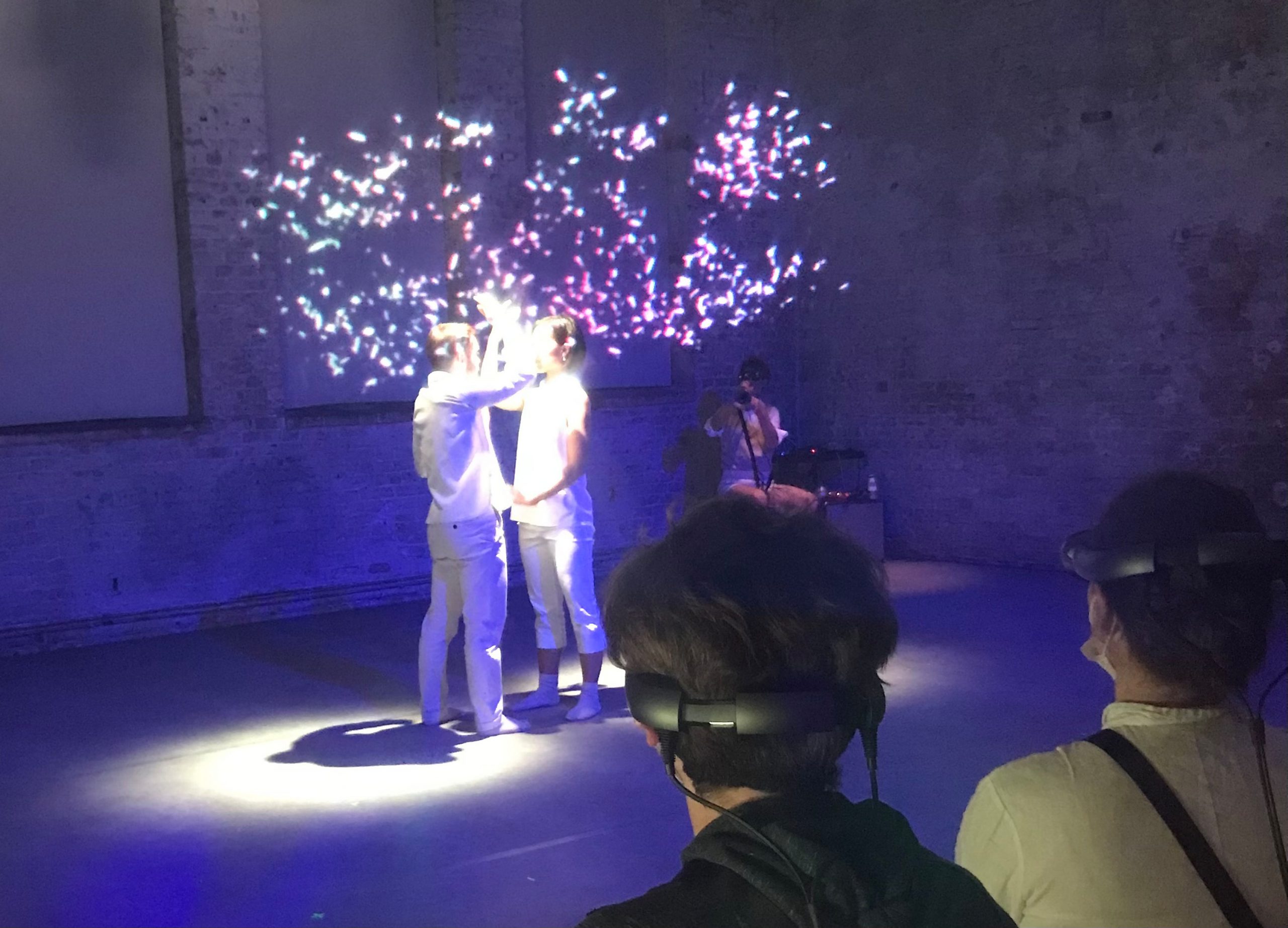 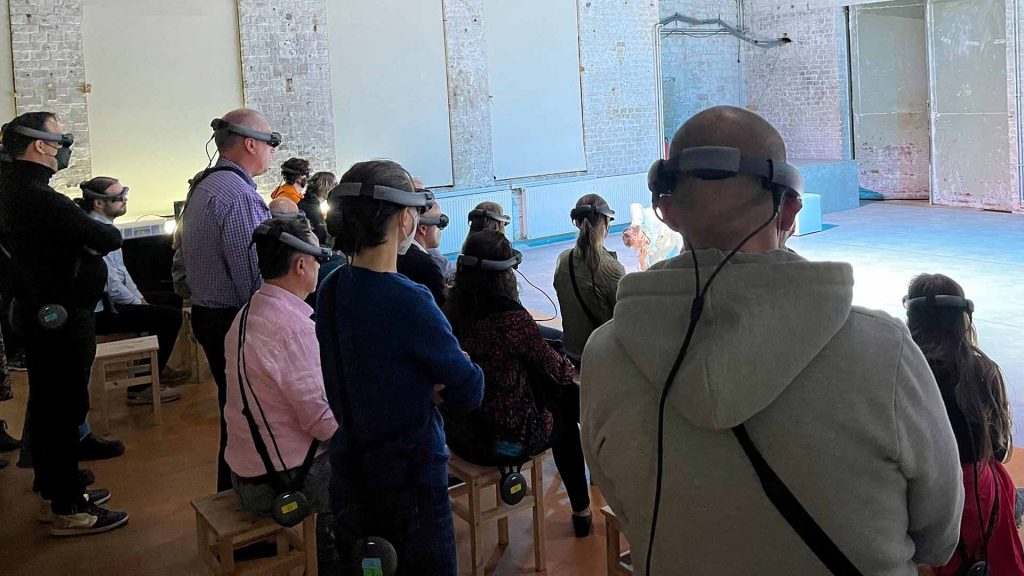 From my first experience, I would say that this is indeed something that could have a future in theatre. What are the perspectives?

To speak with Walter Benjamin: One task of art is to create a demand that the time has not yet come to fully satisfy. As artists, we can only present our work; its effect must be evaluated by the viewers and critics. As I said, “rendering life” is about trying out technological possibilities in a way that is adequate in terms of content.

After Jonas Zipf's essay in the first part of the June issue focused on the entire theatre operating system, the following pages deal with new technological applications: The virtual extension of the stage space, an exchange about the future of theatre criticism and, for the first time, the printing of a play text written by an AI.

With the software you developed, you experience a hybrid space in which artificial elements combine with a real performance. The principle is based on augmented reality glasses, which are often used in theatre, but expands the spectrum. What is it exactly?

You could say that we create an immaterial dreamscape in which what has already happened is superimposed on current events: real performers are confronted with imaginary images, which will certainly open up new possibilities for storytelling in the future - as a continuation of virtual reality, which has so far mainly created a cinematic illusion. With the technology we use, it becomes a live spatial encounter of actually existing bodies with moving virtual elements that could previously only be imagined in their three-dimensionality.

In concrete terms, it is a kind of manikin that moves together with the real dancers in your production "You have to render your life!

These animated figures were first animated by the two performers themselves with their movements, which were taken off by data suits. The dancers are thus in dialogue with their own images, but only the audience with the glasses perceives this. In the rehearsal process, the actors must therefore rehearse the movements that exactly match their counterparts - the choreography is synchronised quite classically via the music. We have the possibility to let the figurines appear in any size and number, i.e. in the most diverse forms - and thus to show the harmony as well as the conflict between creator and creature. Of course, this arouses a wealth of associations - from Genesis to Pygmalion and Frankenstein to current debates on the opportunities and risks of artificial intelligence.

The dancer and choreographer Yui Kawaguchi has been working with NICO AND THE NAVIGATORS for years, and has now also discovered digital media as an extension of her creative expression. She developed this with the two dancers, recorded their movements and guided the rehearsal process. Nicola Hümpel came on board as a director in an advisory capacity. Technically, you have to know that we developed the software independently of the choreography that is now designed with it, which on the one hand makes things much more complicated. On the other hand, however, this creates a technology with open possibilities that can be used intuitively - the system is also to be used in the future for other, completely different projects.

So it's no coincidence that you started with dance, that you're not developing text-based theatre for it.

We started in 2019 for the Bauhaus anniversary, when we were asked to work with the most advanced technology in theatre. At that time, we visualised abstract forms and historical images and related them to performers in "Betrayal of Images". That's how we first came into contact with this technology, on which the AR loop machine is now based. However, it soon became clear to us that the real person must not disappear behind the technology, which is how the form now presented developed.

An important part of the process was precisely the possibility of integrating motion data with the motion-capture suits, for which the Corona standstill in particular gave us development time. However, the AR glasses remain the indispensable instrument for such productions.

All other projections in space, which are often wrongly called holograms, are based on two-dimensional tricks ("Pepper's ghost" from 1862). Documentations of such illusions give rise to expectations that cannot be fulfilled in reality, or only with the technology of glasses.

From my first experience, I would say that this is indeed something that could have a future in theatre. What are the perspectives?

To speak with Walter Benjamin: One task of art is to create a demand that the time has not yet come to fully satisfy. As artists, we can only present our work; its effect must be evaluated by the viewers and critics. As I said, "rendering life" is about trying out technological possibilities in a way that is adequate in terms of content.

A project by Nico and the Navigators funded by the Senate Department for Culture and Europe. Funded within the framework of the programme "dive in - Programme for Digital Interactions" of the Federal Cultural Foundation. In cooperation with DOCKdigital and Dock11. 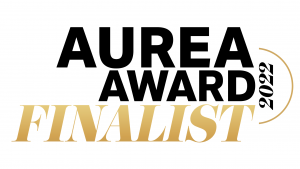